The Eye of the Disaster.
Journalists’ work and media coverage at traumatic events.
English edition (2019) of “Katastrofens öga” (2008). 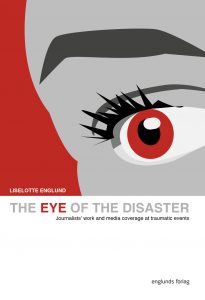 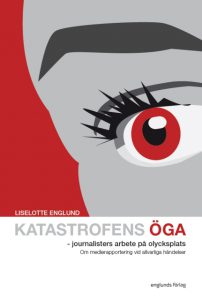 Journalists who in the line of duty become eyewitness to a traumatic event may face the greatest professional challenge of their lives. Reporting on a disaster involves heavy personal as well as professional pressure. Media organisations are also put to the test, and editors have a special responsibility for published content and for their staff on site. The relationship between media and disaster victims is particularly delicate, and media interaction with rescue and emergency services is also an area of concern.
This book surveys the journalistic task of covering accidents or disasters and includes press ethical principles and psycho-traumatological issues such as stress reactions and coping. The empirical part is based on a disastrous fire at a Halloween party in Gothenburg, Sweden, 1998, in which 63 young people lost their lives and 200 were injured. It is an occupational study based on interviews with Swedish journalists reporting from the scene as well as their editors. The main focus is on the accident site as a workplace in the acute phase, but long-term aspects of individual and collective learning and psychological support are also considered. In addition, a model of journalist roles on a disaster site is presented along with a competence model for disaster journalism.
In the past decade, the Swedish edition of the book has been widely used in journalism undergraduate programs and further training for journalists and disaster actors: emergency services, first responders, communications and crisis teams. This English edition (first available online in 2018) is a translated version of the author’s doctoral thesis, presented at the Department of Journalism, Media and Communication at Gothenburg University and published in Swedish, 2008.

Liselotte Englund holds a doctorate in journalism from Gothenburg University. Since the 1980s she has worked alternately in media and academia in various capacities such as editor at Swedish Radio and Swedish Research Council and independent writer. She was a post doc researcher at the National Centre of Disaster Psychiatry, Uppsala University, and currently she is assistant professor and head of department at Karlstad University, Sweden. In 2010 she received the Frank Ochberg Award for Media and Trauma Study from the International Society for Traumatic Stress Studies (ISTSS). 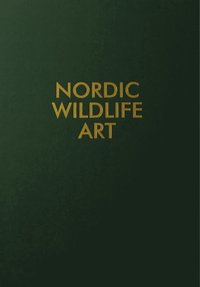 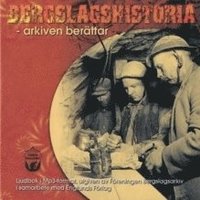